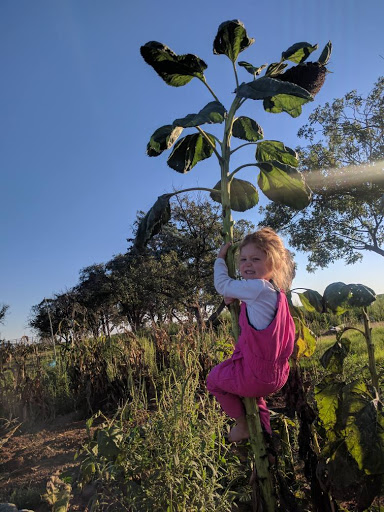 Sometimes you might use a big combine to harvest sunflowers…. other times a few kids. We grew a couple hundred sunflower plants that will feed the chickens for a while this winter. They have matured and are ready to harvest. Here are the kids bringing these giant sunflowers down. 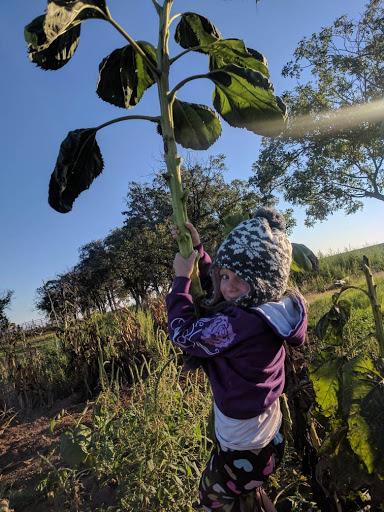 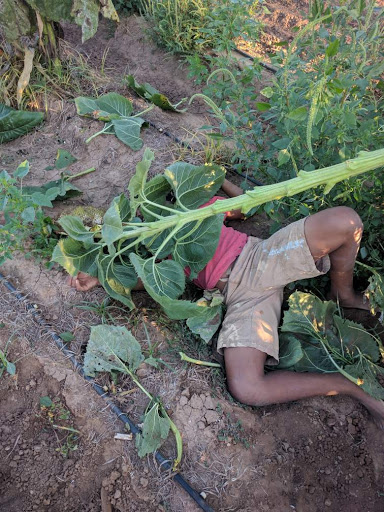 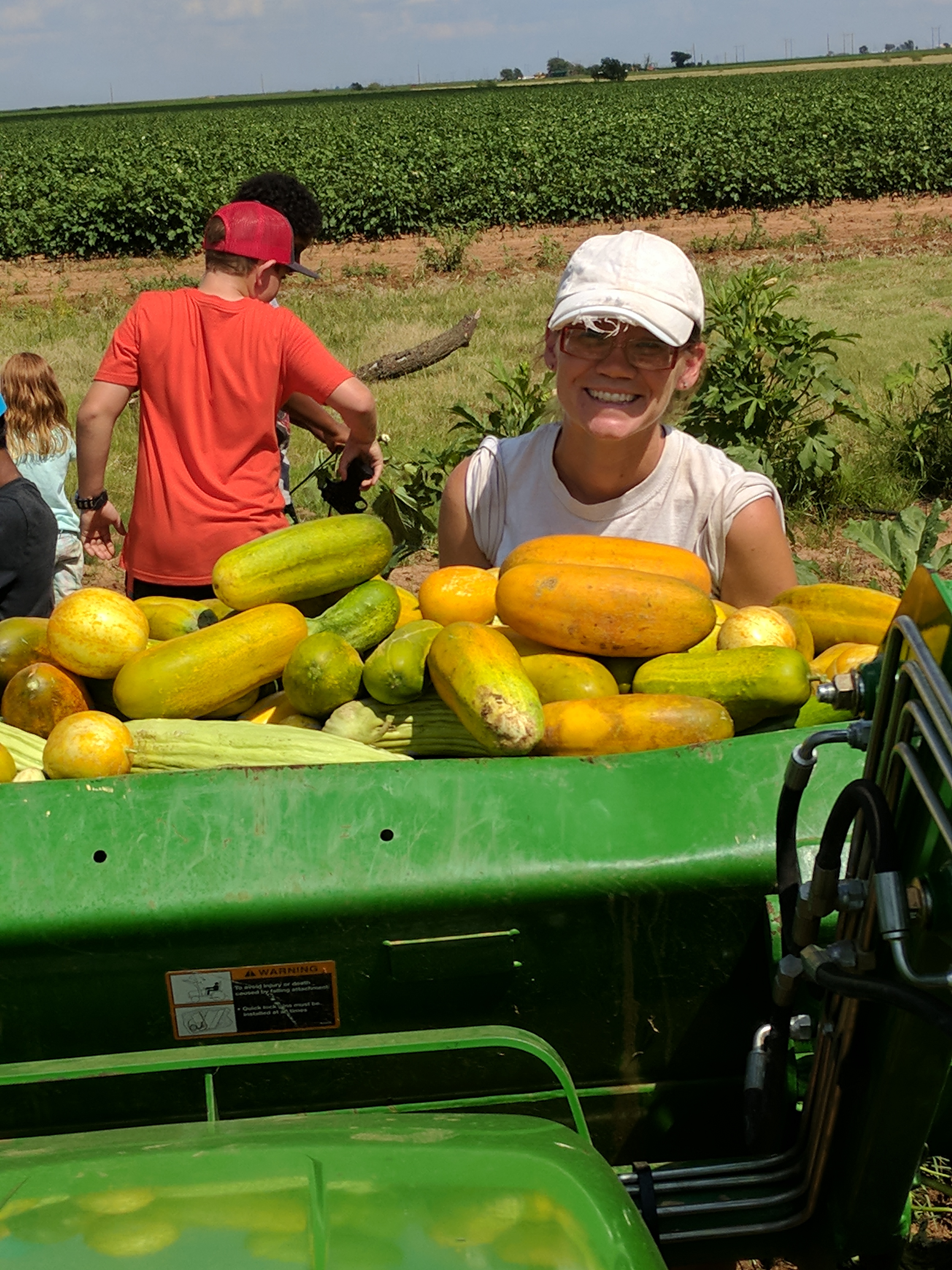 We’re picking a bucket every other day.  All the plants are producing with abundance.  Come on by. 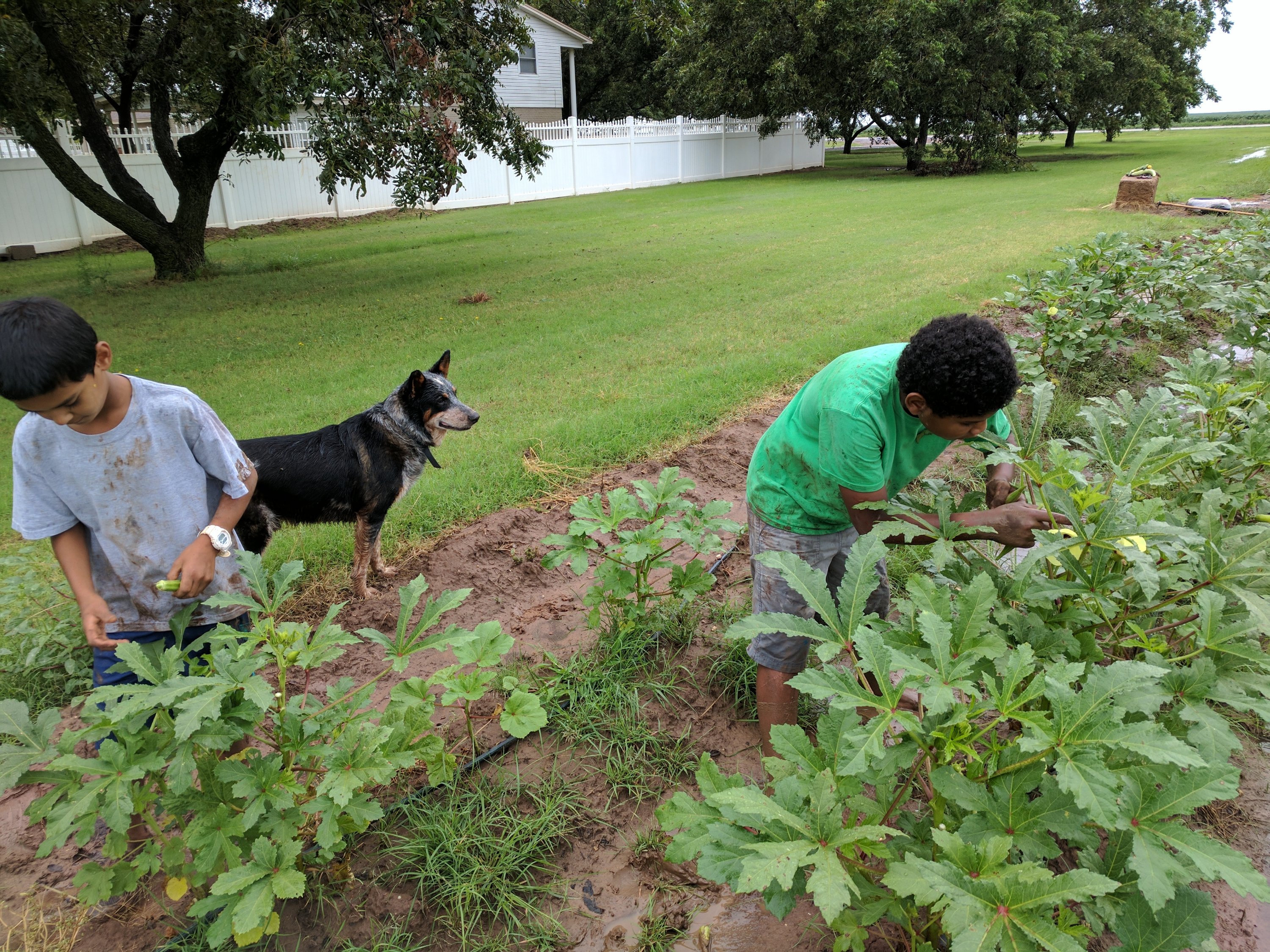 For the last few weeks we could not pick orka fast enough for customer requests.  The plants are in full force now and we are picking daily.  If you would like some orka come by or call and we will pick it just for you. 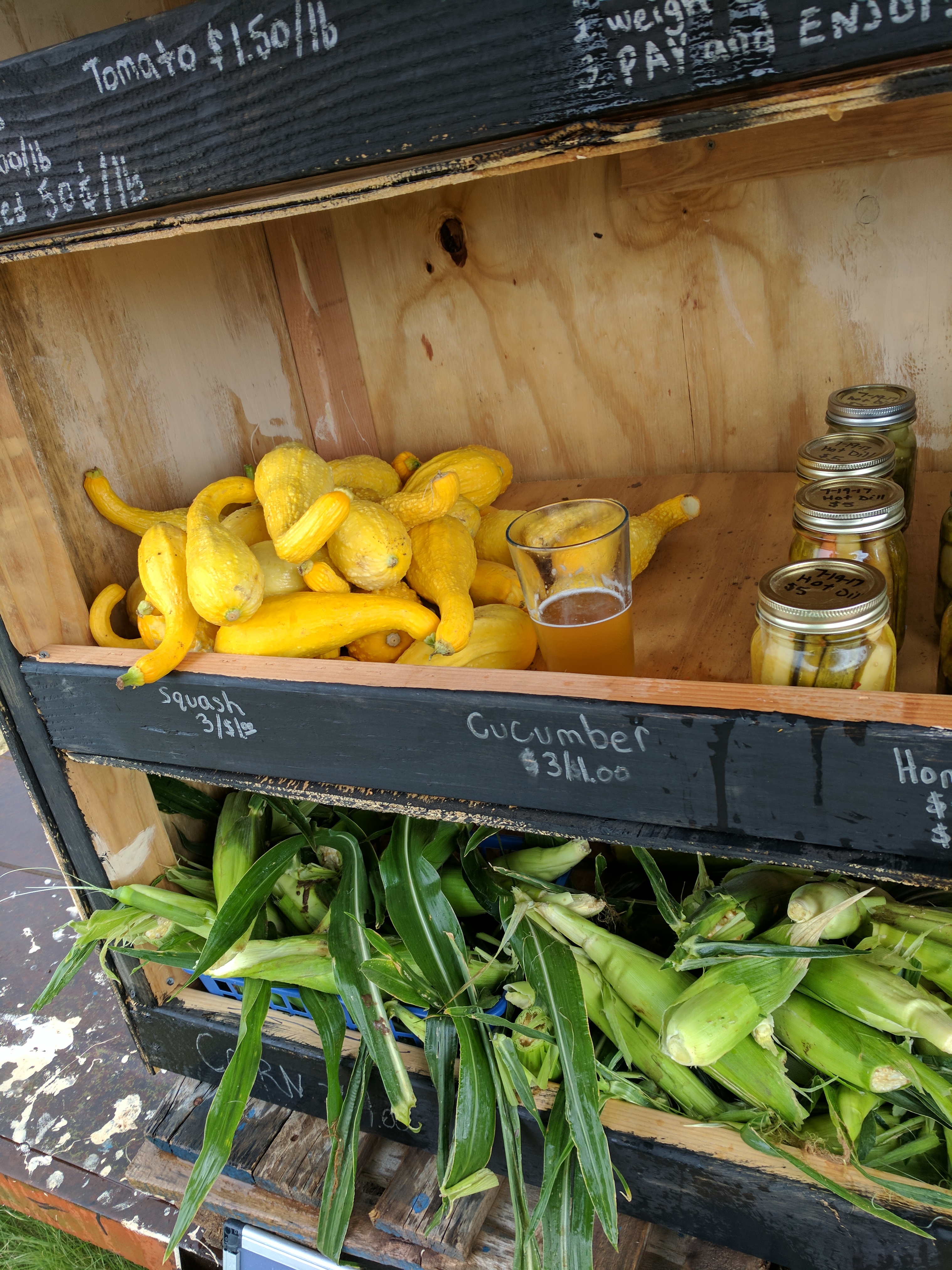 The kids are in full swing and selling out daily.  Come by early to get the freshest produce. 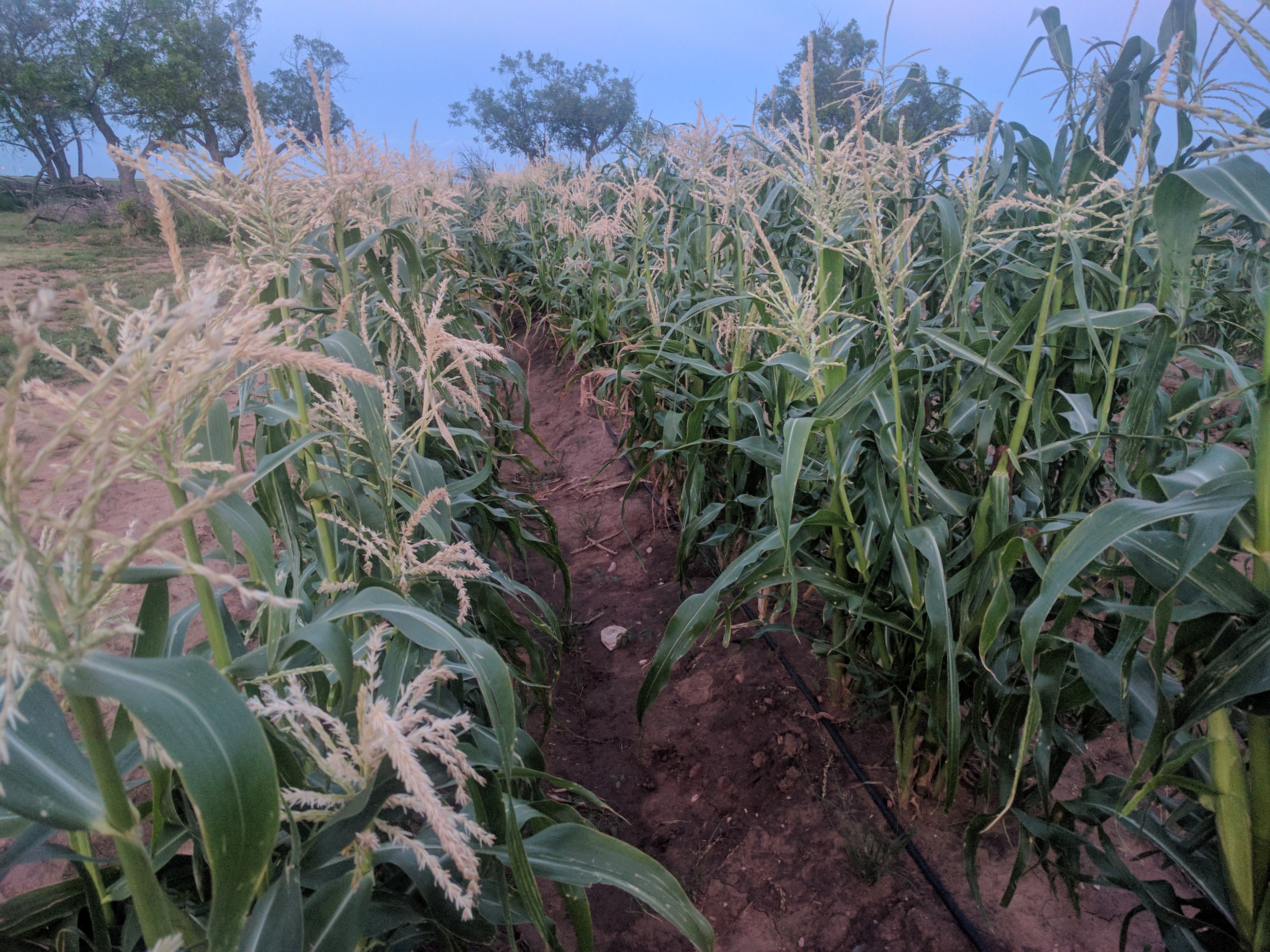 The corn is covered in young cobs.  A late cold snap killed off half the corn crop and we replanted.  There should not be an later second harvest for the second planting. 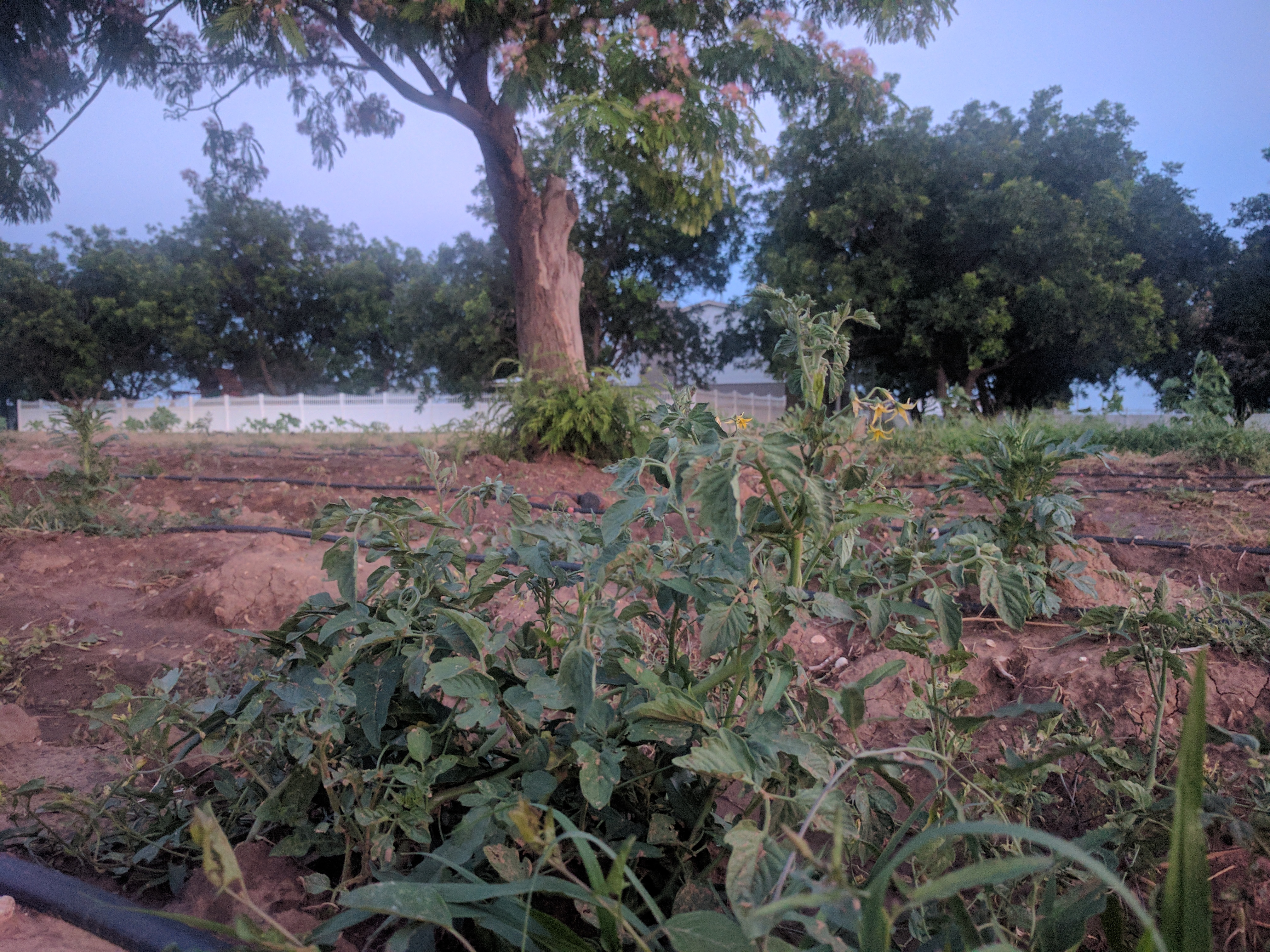 The tomato’s have put on flowers so expect tomato’s soon.   About half of the tomatoes we seeded did not make so there will be less tomato’s than planned. 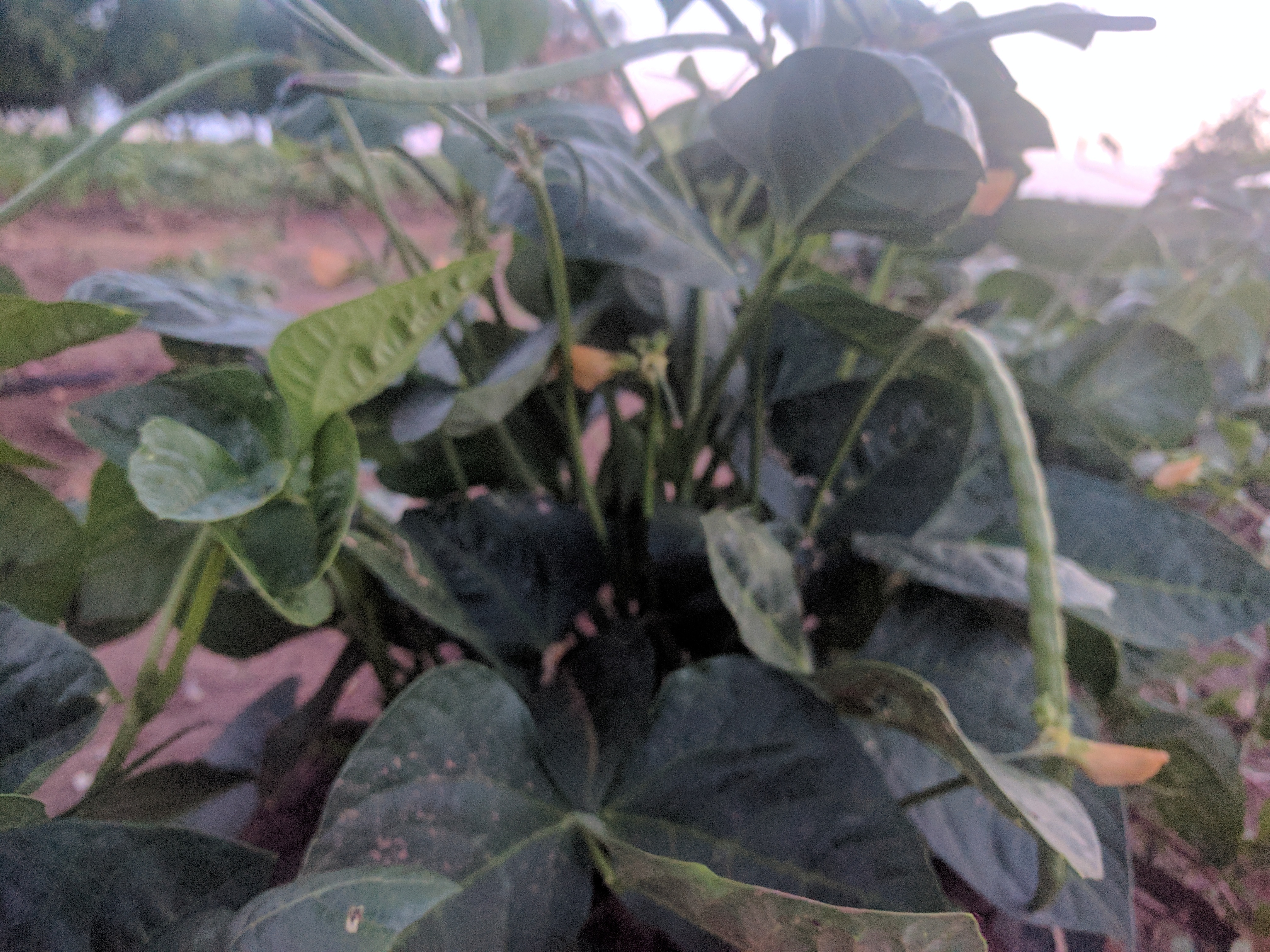 We are getting close to picking peas.  When these start they produce a ton of food for the whole season.  Peas will be available already picked or you can come pick your own. 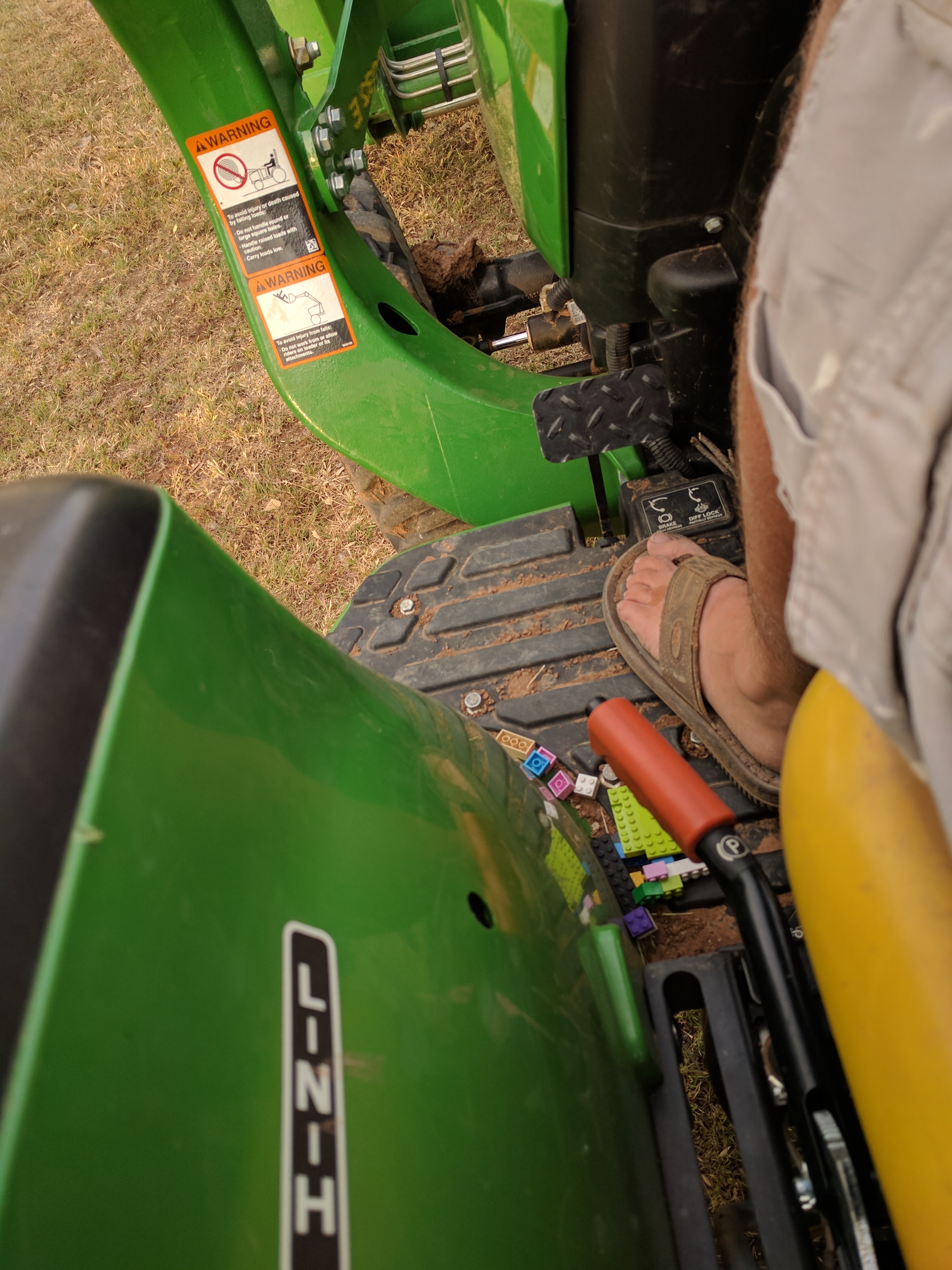 #DadLife on the #Farmlife

Who’s been playing on the tractor?  No telling, but the evidence is clear.  They left behind a pile of legos that, undoubtedly, had been the start of an imaginative creation.  I’ll admit, they are better here than painfully lancing my foot in the middle of the night. 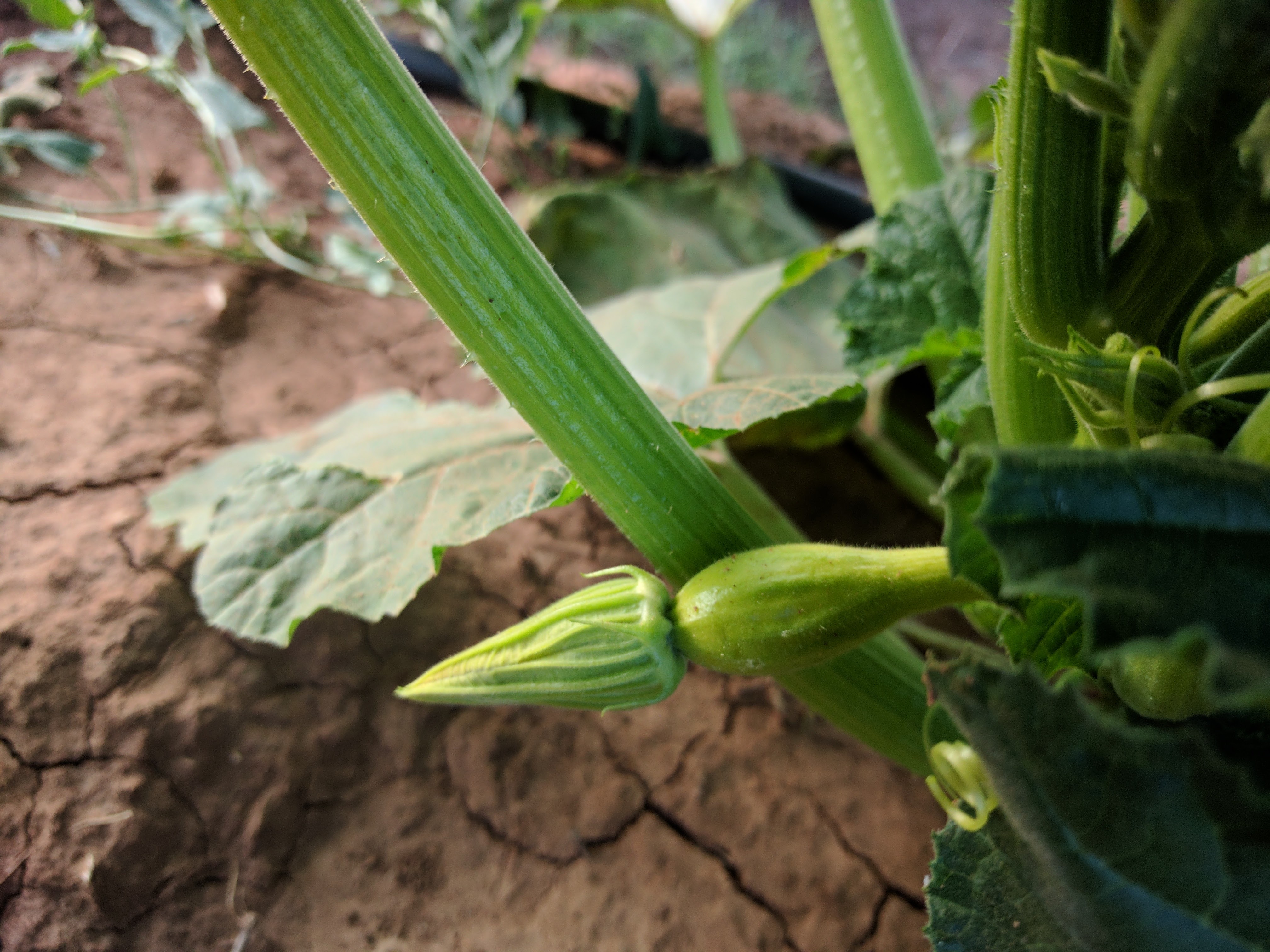 Summer squash is a stable on the farm.  It grows in abundance and everyone loves it.  We like to batter and deep fry ours or boil it up for squash and cheese.  Within the next two weeks, these little guys will be ready to harvest and should continue to produce heavily into early fall. 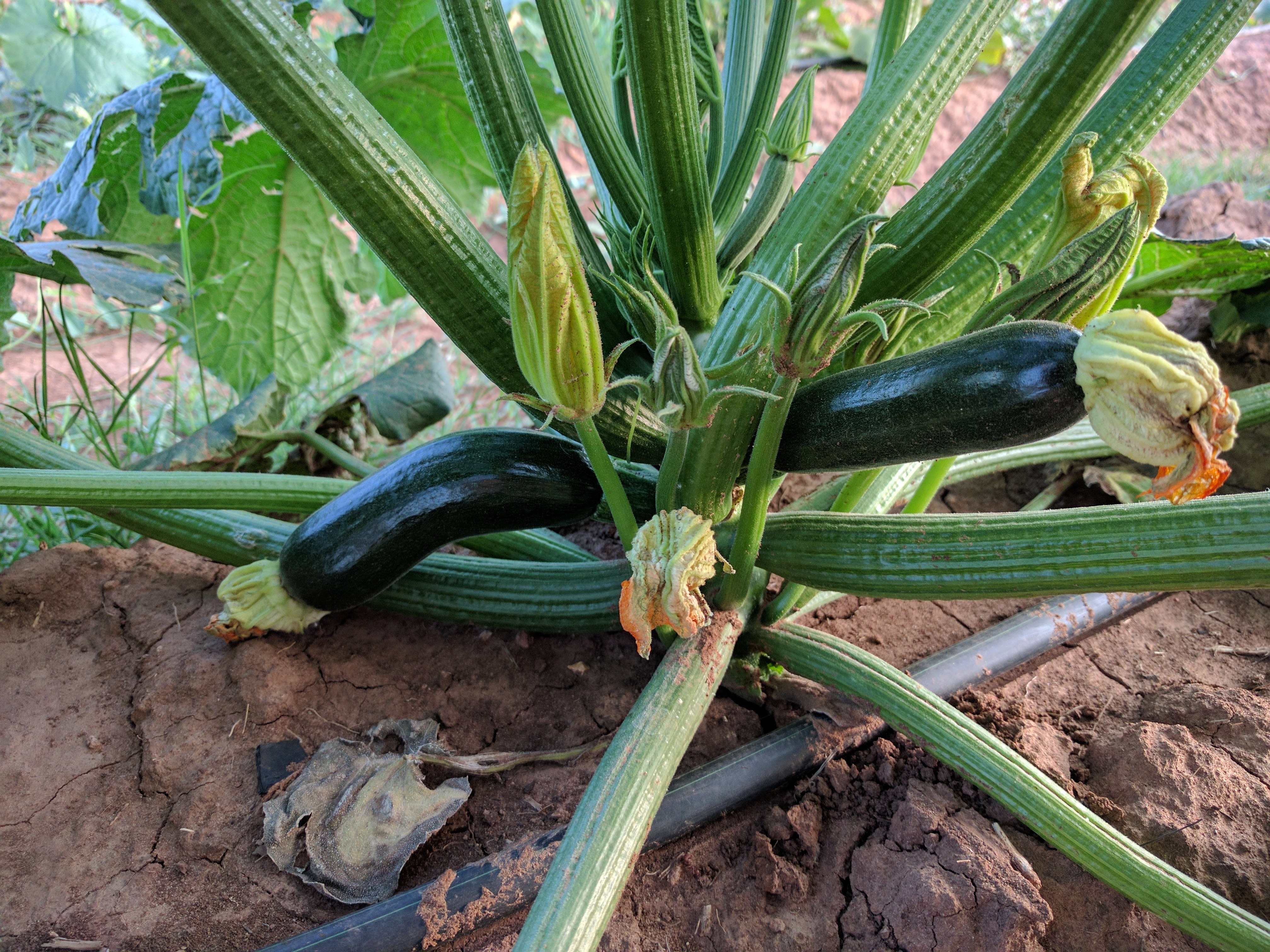 We are pulling the first early zucchini from the garden right now.  With any luck, we will have buckets of this stuff through the end of the year.  Zucchini is a versatile vegetable with uses in almost anything from sweet bread to salads to stir fry… and more.  Two of our favorite preparations include a sweet zucchini bread or battered and deep fried.  Let us know how you prepare your zucchini.